Claude Hay has unveiled a film clip for the single ‘Borracho’ – the first for his new side project ‘The Gentle Enemies’. Animated in the style of Mexican Bar Noir by Mike Foxall (the artist behind Frenzal Rhomb and Nancy Vandal) – the new video tells a dark and gritty tale of Claude and the boys angering the local drug lord though the misuse of tequila, and the resulting Tarantino-esque escapade that follows.

Roots-rock artist Claude Hay is known around the world as a leading exponent of live looping – technology allowing him to create the sound of a live band whilst playing solo. Claude has taken a surprising next step and joined forces with actual live breathing musicians to release the double A-side single ‘Borracho/Run’ under the moniker of ‘Claude Hay and The Gentle Enemies’.

Weighing in somewhere exactly between C. W. Stoneking and Queens of The Stone Age, Claude’s new tracks come from different sides of the spectrum.

The song Borracho is classic Claude Hay and chugs along with fuzzy funk intensity as it relates a common tale of over-indulgence. Run is quite a different beast and would likely never have seen the light of day without a full band behind it. Run is a protest song aimed squarely at one of the most hated politicians in Australian history and Hay grinds the axe with one of the best rock and roll screams since Chris Cornell.

The Borracho tour has been running since March and continues to early June. Melbourne and Sydney shows coming up (dates in sidebar).

Thursday May 15 The Public Bar, North Melbourne with special guests The Groves, The Ivory Elephant 8:00 pm, $10 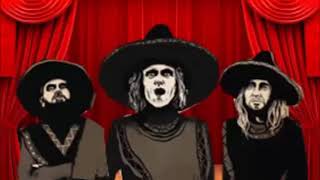 In the movies - free giveaway